Raising Capital for a Start-up

Running out of cash is the most common reason why start-ups fail. Therefore, raising capital is always top on the agenda for any start-up co-founder, especially in its early stages.  A typical start-up funding process looks like this:

Shareholder agreements usually take weeks to execute. This involves engaging lawyers, sharing multiple drafts and so on. Not only does it come at a high cost, but it also consumes a lot of time, which is very crucial, especially in the early stages of a start-up.

Enter the word of iSAFE notes – a simple 5-pager that simplifies the documentation procedure for the start-up. Not only does it save a ton of money on legal costs, but it also saves valuable time of the founders and investors, ensuring fasting closure of the deal.

What are iSAFE Notes?

iSAFE stands for India Simple Agreement For Future Equity. 100X.VC, an early-stage investment firm in India was the first to introduce the iSAFE in India. It is an agreement to purchase equity shares of the company at a future date.

In a priced round, however, the valuation of the start-up is agreed upfront. The company and the investors know the exact number of shares being issued in exchange for the investment.

iSAFE is commonly used in early stages where the valuation of the start-up is not agreed (unpriced round). In an iSAFE scenario, the investor puts in money, subject to certain valuation conditions (discussed later in this article), in exchange for equity shares that will be issued at a future date. The conversion usually happens when there is a liquidity event (i.e., winding up of the company, or IPO), or a priced round, or the end of three years from the date of issue of the note.

What is the Legal Structure of iSAFE Notes?

Many start-ups issue iSAFE notes because, unlike convertible notes, they are not debt and therefore do not accrue interest. However, for compliance purposes, it is common for iSAFE notes to carry a non-cumulative dividend @ 0.0001%.

Also, since there is no specific law for convertibles like iSAFE in India, they take the form of a Compulsorily Convertible Preference Shares (CCPS). This is governed by Section 42, 55, and 62 of the Companies Act, 2013, read along with the Companies (Prospectus and Allotment of Securities) Rules, 2014 and Companies (Share Capital and Debentures) Rules, 2014.

Since only companies can issue shares, it is a pre-requisite that the start-up should be incorporated as a company under the Companies Act, 2013 to issue a iSAFE. Therefore, a partnership firm or an LLP cannot issue iSAFE notes.

There are five methods to issue iSAFE notes in India:

In the context of finance, a “cap” usually means “maximum”. The maximum valuation at which iSAFE notes are converted is called a “cap”.

There are two scenarios that are likely when a future priced round happens:

Scenario #1: The future priced round is less than the valuation cap

Scenario #2: The future priced round is higher than the valuation cap

In Scenario #1 the iSAFE investors get a higher stake to compensate for the lower valuation.

A discount scenario happens when there is no valuation cap. This is the most favorable scenario for the founders. The conversion of the iSAFE notes happens at a discount (usually 15%-30%) to the next priced round.

Let’s look at an example.

In this scenario, both a valuation cap and a discount exist.

Let’s look at an example.

It is usually quite common for early-stage start-ups to raise multiple iSAFE notes or unpriced rounds by issuing iSAFE notes or CCPS. The Most Favored Note clause in an iSAFE note requires the company to issue any favorable terms issued to the subsequent investors, to the iSAFE note holders as well. The aim is to ensure that all investors are treated at par.

How is iSAFE Notes Different from Convertible Notes?

A convertible note is essentially a debt that carries interest. A debt can usually be secured (by way of hypothecation of intellectual property, receivables and so on) or unsecured. However, an iSAFE is not a debt, and does not accrue interest. If the start-up fails, then whatever money is left in the company will be returned to the iSAFE holders first, before paying off the equity shareholders.

How is iSAFE Notes Different from CCPS?

Under the Companies Act, 2013 an iSAFE note is treated on par with a CCPS. However, the CCPS holders get an advantage over iSAFE holders in the following areas:

How is iSAFE Different from a Share Holder Agreement (SHA)

The whole point of issuing an iSAFE is to do away with the detailed SHA. Therefore, only one of them can be executed at the same time. When a priced round happens, a detailed SHA is imperative. At that point in time, the iSAFE will be terminated and the final terms are governed by the SHA.

The benefit to start-ups is as follows:

The whole purpose of purpose of issuing iSAFE notes in Indiais to do away with the valuation requirements. Most early-stage start-ups are at the idea, MVP, or pre-revenue stage. Assigning a value to such start-ups is difficult for the valuer, and unfair to the start-up.

Issuing iSAFE notes does away with the valuation exercise, since the valuation is essentially postponed to a later date (i.e., when the priced round happens). This makes the life of the founders and investors happy.

As discussed earlier, iSAFE notes in India take the form of CCPS. Hence the company needs to have adequate authorized share capital to issue such preference shares.

The key steps in issuing iSAFE notes are:

There is no specific guidance issued by the accounting standards or the Institute of Chartered Accountants of India for accounting iSAFE notes in India. However, since the iSAFE notes in India take the legal form of CCPS, they have to be shown under the Preference Share Capital head. These will be ultimately classified under the “Shareholder Funds” head of the balance sheet.

Since iSAFE is a relatively new concept in India, there is no specific guidance on taxation of iSAFE Notes in India. However, since iSAFE notes are treated as CCPS, we look at Section 47(xb) of the Income Tax, 1961. According to this section, any transfer by way of conversion of preference shares of a company to equity is not regarded as transfer. Accordingly, there is no tax at the time of conversion of iSAFE notes to equity.

In this article we have seen what iSAFE notes are and the various ramifications of its issue, accounting, taxation, and compliance aspects. While iSAFE notes in India are relatively a new concept, increasingly start-ups are using iSAFE notes because it saves a lot of time and costs to the start-up. However, it is easy for founders to get carried away on the simplicity of the document. Since iSAFE will ultimately end up in a dilution on the cap table (at the time of conversion), start-up founders need to engage experts like Virtual CFOs to negotiate specific clauses like valuation cap, liquidation preference and so on. 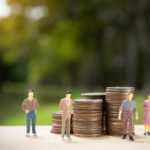 Phantom Stock in India: Everything You Need to Know
All Posts