What Do VCs Look for in Startups?

Do you know that top venture capital firms consider on average 101 opportunities before closing a deal? Are you aware that 95% of the VCs give importance to the founder’s team over his business idea? And, do you know that 31% of early-stage venture capital firms do not forecast company financials while making an investment decision? So what do VCs look for in startups?

These statistics showcase how challenging it is for a startup to get venture capital for its business. And recent research shows that it certainly is.

Venture capital in simple words is a type of financing that private equity investors provide to startups having growth potential. These venture capital firms specialize in investing in new businesses.

Studies showcase that the investment and expertise of a venture capitalist are essential for the success of a startup. This is because VC support provides startups with their networks, experience, and various other valuable resources apart from finance. However, a venture capital investor considers a host of factors before investing in a startup.

Therefore, it is extremely important for entrepreneurs to understand how VC’s connect with startups seeking funding for their business ideas. Entrepreneurs also need to know what do VCs look for in startups.

So, if your startup team is seeking venture capital investment, then you must know the factors that Venture Capitalist firms consider when hunting deals or opportunities.

When people ask me “what do VCs look for in startups”, I often tell them that it is the quality of the deal. As an entrepreneur, you might be thinking that a great business idea is the only way to a VC’s office for raising venture capital.

Well, the reality is quite different. Only a handful of entrepreneurs are able to raise startup investing capital this way. That is, by knocking on a venture capitalist’s door straight away, without having any connection.

As per research, more than 30% of the deals get closed via venture capitalists’ own social and professional networks.

Thus, VC firms can quickly grab great investment opportunities if they go via their own network of trusted investors, entrepreneurs, and professors. This is because these trusted experts help venture capitalists render expert guidance in choosing high-quality deals.

Generating high-quality deals is one of the important factors that determine the success of a Venture Capitalist firm. It’s because high-quality investment opportunities generate higher returns for the VCs.

However, evaluating new entrepreneurs outside their network is quite challenging, unless VCs worked with them.

Note that VC firms consider founders’ attributes more important relative to the other factors when making an investment decision.

A survey showcased that 95% of the VCs believed a founder’s personal attributes as critically important when deciding to fund a startup.

However, examining founders on personal attributes was quite challenging for VCs when dealing with entrepreneurs outside their network.

2. Can The Founder Team Pull This Off?

Venture capitalists consider a startup’s management team as the most important factor that drives their selection decisions. Then, other related factors like business model, product, market, and industry are considered when evaluating an investment opportunity.

The above statistics showcase that VCs consider the founder’s team as the most important factor before making an investment decision. As per their view, a VC will fund ventures only when the entrepreneur had certain capabilities. These included the ability to make a sustained effort, leadership skills, and the ability to handle risk well.

In fact, early-stage venture capitalist firms considered the management team as the most important factor relative to the late-stage VC investors. The later-stage VS firms considered business-related factors and valuation as more important than the founding member’s team.

3. Is the Valuation Reasonable?

Another important criterion that the top venture capital funds consider while examining VC deals is the implied valuation of the founder’s company.

There were a number of factors that the venture capital investors considered important while determining a company’s valuation.

The survey showcased that 86% of the respondents considered exit considerations as the most important of all. Then, 80% ranked comparable company valuations as the second important consideration. The Desired Company Ownership was ranked as the third important by 63% of the VC firms. Only 43% of the venture capitalists rated ‘Competitive Investor Pressure’ as the fourth factor while determining the implied valuation of a specific venture capital deal.

To add to this, the survey revealed that the late-stage Venture Capitalist firms perceived the exit considerations to be more important relative to the desired ownership. This is because it is easy to determine the direction an exit would take at this stage of a firm’s life cycle.

Also, the late-stage VCs have access to more insights and have the capability to use more sophisticated methods. Thus, they can easily evaluate the implied valuation of a potential investment opportunity.

The early-stage VC firms, on the other hand, are more bothered about the desired ownership financial terms of a venture capital deal would result in. Also, such firms use investment amount and target ownership to determine the valuation of a prospective venture deal.

What About Financial Metrics?

As far as the important financial metrics are concerned, cash-on-cash multiples followed by IRR (Internal Rate of Return) are the most popular methods that Venture Capitalists use for valuation. Very few VC investors use NPV methods to evaluate investments.

Furthermore, early-stage VCs look for higher IRR returns as well as cash-on-cash multiples relative to the late-stage venture capital funds. This is because of the higher risk involved and the capital constraints.

Another important fact that the survey revealed was that one-ninth of the survey respondents did not use any financial metrics. Additionally, almost 50% of the smaller and early-stage venture capital firms relied on their gut to make investment decisions.

Thus, all the above points showcase that venture capital investors do not use traditional methods of valuation to make investment decisions.

The Contract Terms are another important factor that Venture Capital firms consider before making an investment decision. Note that VC firms invest in opportunities that allow them to control business in case the entrepreneur fails to perform.

The majority of VC investors consider pro-rata rights as the most important contract terms that they are least flexible negotiating. This is because it gives them the right to participate in the next round of funding.

The next important contract term that VCs are least flexible negotiating is participation rights. Participation rights allow them to first receive the full liquidation amount of their preferred stock. After receiving such an amount, the preferred stockholders are entitled to share a percentage with the equity stockholders. They share a percentage with the equity stockholders in the remaining proceeds from the sale or exit event.

Another investor-friendly term of the contract that VCs are somewhat flexible negotiating is the Redemption rights. These give them the right to redeem their securities or demand from the company the repayment of the original amount.

However, the Contract Terms that VCs are most flexible in negotiating include cumulative dividends, option pools, and investment amount.

5. Can The Startup Generate Alpha Returns?

There are a host of factors that enable some of the VC-backed investments to generate alpha returns. One of the important factors in accomplishing this is the value created by VCs post-investment.

It is important to note that after investing funds in a venture capital deal, VC firms create value by:

Though VCs put a lot of effort into creating value for their portfolio companies after investing funds in them. But the most important factor that helps VCs in generating alpha returns is deal selection.

In other words, VCs consider that it is the entrepreneur’s team that creates the most value for startups. They are of the view that though a VC fund helps its portfolio companies in a wide variety of aspects. However, the real success of a venture deal depends on the founder and his team.

Thus, VCs considered the entrepreneur’s management team as the most important driver of both their successful and failed investments.

This means that choosing the right management team by VCs is an important step in creating value post-investment. It is this factor that helps VCs the most in generating alpha returns.

So, what do VCs look for in startups? Although VCs invest significant resources in deal sourcing, deal selection, and creating value. However, they consider deal selection (entrepreneur’s team) as the most important factor when making an investment decision.

Not only this, VCs consider the management team as more important than business-related factors like product and technology.

Secondly, VCs rely on cash-on-cash multiples and IRRs when determining the implied value of an investment opportunity. This is completely in contrast to the traditional techniques like NPV or DCF methods of valuation.

How to Make Your Startup Finance Ready February 21, 2022 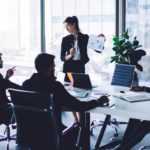 Why Are Term Sheets Not Legally Binding
All Posts

Investor Due Diligence: Everything That A Founder Should Know