11 Things You Should Never Say To An Investor

There are various sources through which a startup can raise funds including angel investors, venture capitalists, crowdfunding, and government grants. However, the fact of the matter is the principles of a good pitch remain the same no matter what the source of raising funds.

A founder or an entrepreneur gets a single chance of meeting potential investors and convincing them to invest in their business idea. Therefore, it’s extremely important for them to put their best foot forward. There are some arguments that can make a big difference, that is, the difference between winning and losing the investment.

In this article, we are going to let you know the 11 things that you should never say to an investor while pitching your business idea.

Most investors seek to invest in a team of co-founders. They may also back a single founder. However, investors will never invest in startups that believe that they do not need a team to drive their business.

In other words, investors will never invest in startups whose co-founders proclaim that they can do everything by themselves and hence do not require a team.

It is important to note that building a startup is a team effort. Therefore, founders who pitch themselves as solopreneurs would never be able to drive investors to invest in their business ideas.

The top investors investing in startups believe that “no matter founders bring a great business idea or skill set to the table, they cannot convert a business idea into a success unless they have a strong team backing them.”

So, it’s a big turn-off for the investors when they come across founders proclaiming that they can single-handedly manage to implement their business ideas and deny investing in complementary teams.

Investors feel apprehensive to invest in startups whose founders came together as a team recently or a few months back. They believe that unless the founding members knew each other for a long time, they will be able to manage teams better.

This is because the founding members have a great understanding and hence can make great teams. Furthermore, they trust each other implicitly and that’s what makes them powerful as a team.

Microsoft’s founding duo Bill Gates and Paul Allen started out as childhood friends. Both attended the private Lakeside School in Seattle and had a mutual passion for computers and BASIC programming.

By the 1970s, Gates moved to Boston to attend Harvard while Allen worked at Honeywell where they were introduced to Altair 8800 – one of the first personal computers in the world. Later, in 1975, he duo created Microsoft and their first product that was a programming language for the Altair.

If that’s not enough, then take for instance Ben Cohen and Jerry Greenfield who met in their 7th-grade gym class back in 1995. In 1978, they started their Ben & Jerry’s ice cream business in Vermont. Very soon, the duo started selling their signature ice creams via independent distributors.

Investors look for opportunities where the founding members intend to build something large and enduring. Founders who consider a business idea as something of a quick flip means they have the intent of finding a quick exit and making quick cash.

The top investors believe that a business becomes less attractive for them as an investment opportunity if the founders have the plan of exiting early. This is despite the fact the founding team has the capability to build a business that could be sold within a couple of years.

In fact, the top VCs believe that the founders must have plans to build sustainable businesses. They must build a market, generate as much revenue as possible, and consider as many options as possible for staying long-term in the market.

This the investors believe is important as the founder’s vision of building a product, selling it in a couple of years, and then building another product is quite a naive thing to do.

On the contrary, product and company development cycles, investor time horizons, and employee attention spans. This means that early exits are the natural outcomes of the rising internet penetration.

However, investors still believe that it’s quite risky to build something for a quick sale. They believe that thinking about M&A activities and achieving great revenue multiples at the time of building businesses or raising funds is quite naive.

4. “We Have A Lot of Interest From Other Investors”

It’s a big turnoff for the investors to find startups creating an artificial sense of urgency in terms of getting investments for their business ideas. They believe that fundraising in a startup is a marathon and not a sprint.

Generally, the investors believe in building long-term relationships with the startups. It’s because they believe that it takes time to understand the business and the market really well. Further, doing so would make them a better partner as they would have a clear understanding of the business and would be able to contribute more.

Typically, investors never sign a Non-Disclosure Agreement (NDA). There are several reasons why they do that. One of the major reasons why investors do not sign an NDA is that they believe that there is no such idea that is ‘genius’ enough that everyone needs to sign an NDA for it.

They back this with the argument that there are many people, especially in the technology space, who understand and are involved in what’s happening in the market. So, if founders believe that their idea is innovative, they must reconsider their beliefs. They need to understand that there is a whole lot of other people who are working on similar ideas.

Further, the investors also claim that the real winners are not those who sort of guarantee to bring great or genius ideas to the table. Rather, they are those who have great teams, who work really hard, and who are ready to traverse the path.

In addition to this, investors refrain from signing an NDA as they believe that the founders lack trust. Further, they also believe that founders do not consider the team to be valuable enough to build the product. Hence, the investors stay away from investing in such startups.

6. “Our’s Is A Product-Led Growth Model”

Many startups have a Product-Led Growth (PLG) strategy wherein their products are able to obtain a host of active users who are later converted into paying customers. This means the power to invest in a product in case of PLG product shifts from the buyer to the end-user. It’s because it is the end-users who demand tools that make their experiences better.

Investors believe that it’s great that PLG strategy products get adopted by the end-users, all thanks to the experience and the functionality that they render to the end-user. However, they still believe that businesses should not just rely on PLG sales.

They must have a sales team in place if they want to achieve great numbers in terms of revenues and sell their applications to the enterprises. Further, the investors believe that PLG just doesn’t have advocates that grow big contracts. This is unlike the sales teams that have the potential to unearth the gold that lies with the businesses’ customer base.

Thus, the top investors believe that having a sales team is not a waste of time. Even if you have a product-led growth model, you need a sales team to maximize that potential.

Typically, founders believe that unless they have the investor’s money, they would not be able to build products. However, investors take this as founders not being resourceful at all.

Though, the investors’ funds would help a founder do things better and faster. However, believing that it is impossible for him to do anything without the investor’s money is something that refrains them from investing funds into the founder’s business.

8. “We Have No Competition”

In addition to this, the investors believe that at present there might be no competition for the product. But, in the future, there is definitely going to be a market for the product.

So, whenever the investors encounter founders who believe that there is no competition for their products, they become apprehensive about investing in such a venture. Investors always seek founders who are not only ambitious but have some fear about the competition that may arise in the near future.

In order to raise funds from investors, the founders tend to say things that they cannot achieve via their product. Though the founders would be able to raise funds at present. But over a period of time, they may lose the trust of the investors when they become aware of the truth.

As per a study, 9 out of 10 startups fail despite the fact that they are well funded and have a great business idea.

If the founders say that their business idea is something that’s never going to fail, it gives a sense to the investors that the founders are overconfident and do not have the attitude of an entrepreneur. One of the biggest traits of an entrepreneur is that besides taking risks, he believes in the build-measure-learn cycle.

Thus, when seeking investments, remember that investors are not looking for perfect business models. They are searching for the right set of people who have the passion to drive business growth.

Investors always invest in research, product development, and business expansion. They do not invest in salaries. In other words, the investors provide funds for financing the basic equipment and infrastructure needed to run a startup. They are seeking opportunities that can give them great returns.

A lot has been said on how to make great investor pitches. Above are a few of the statements that founders should never say to an investor. This is because these can make the difference between winning or losing to raise funds from the investors. Though, not saying such statements do not guarantee that founders would receive funds. However, it enhances your chances of receiving funds from the investors.

How to Make Your Startup Finance Ready February 21, 2022 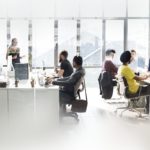 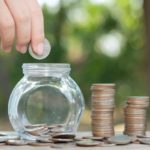