Why Are Term Sheets Not Legally Binding

A term sheet is a document that outlines the key terms of an agreement. It’s like an agreement but not legally binding. But that does not mean that there is no legal aspect associated with term sheets. There are many common misconceptions about the meaning of a term sheet, and how they work. So we’re going to clear up any confusion you have here.

Why is Term Sheet Non-Binding?

A term sheet is not legally binding; it’s just a document between the parties to show their understanding and outline what will happen in detail. The person who gets the term sheet needs to read this carefully with legal advice before signing. This is because some things may be different than they desire or thought they are getting. For example, anyone can still make changes to the deal, and there’s a lot of room for disagreements. Moreover, the term sheet does not include a lot of details, but instead gives broad explanations.

Some agreements contain a clause that requires the buyer not to engage in any negotiations with other potential bidders. This phenomenon is known as exclusivity. When negotiating an agreement, it may be possible for both parties to agree on some form of exclusivity. It is also possible that have no clauses regarding this matter at all. However, if one party does request exclusivity, the other party may have to seriously consider that request.

The length of exclusivity can also vary depending on what both parties agree to. There may be situations where when side requests a shorter period and another longer. In such scenarios, it is important for both parties to negotiate to reach an agreed term. This clause could play into negotiations over price as well. The buyer may not be willing to pay as much if they are unable to secure a higher price.

The binding language of the term sheet will dictate whether or not it is legally enforceable. For example, agreements that require a “consideration” in return are contractually binding. And in case of breach, the other party can take legal action. However, there are contracts that do not contain a consideration. A trade-off for signing an agreement may be subject to a verbal agreement but is not considered to be binding.

The agreement could require that you pay $200,000 in three equal instalments of $67,000 over a period of one year or six months at an interest rate of 12% per annum. Do not sign any agreements without understanding the terms. If you do, they may be binding for a long time to come. If you are not comfortable with the terms, tell them your concerns and ask if it is possible to change them.

A term sheet can be a valuable way of communicating what both sides want from the deal before negotiating more details. When reviewing a term sheet, make sure that all of your questions have been addressed and there are no items left unchecked.

Difference Between A Term Sheet And Contract

Term sheet is a document that outlines basic parameters for a deal. Term sheets and contracts are often confused with each other, but they are two different phenomena. It’s important to know the key difference between term sheets and contracts: A contract legally binds both parties, while a term sheet does not necessarily bind either party. However, it is useful to have an understanding of what each term means in order to be able to read them.

Duration Of A Term Sheet

The duration of the term sheet should not exceed six months, and it may have provisions for an extension by mutual written consent. Unless agreed upon otherwise in writing, changes to terms are prohibited without advance notice or permission from all parties involved. The document must contain an expiration date, which is typically set after the term sheet expires.

Can The Term Sheet Be Deemed To Be Binding?

The term sheet can be deemed to be binding in some circumstances, such as if the parties wish it so. The details of the agreement are usually written on a separate document called “the definitive agreements.” These documents might include more information about terms and conditions that were not discussed during the negotiation process (such as location or ownership). This is why the term sheet is so important. It summarizes the key points agreed upon and outlines how these agreements will be put into practice.

If you are a start-up founder with a term sheet, it implies that you have a strong impression of your investor. While you already have a solid impression of them, you still have to work hard. Having a term sheet does not mean that you have the funding finalized. There is still a need for a lot of negotiation left before the final confirmation. It is smarter to hire a virtual CFO during the negotiating and signing of the terms sheet. But above all, before you sign any document, ensure that you understand the term sheet meaning and all the details associated with it 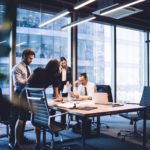 Negotiating with Investors: The Art and Science of Successful Investor Negotiation
All Posts 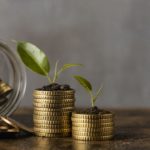 What Do VCs Look for in Startups?